Once again low carb diets have been much talked about in the news this week, two main stories have emerged about the benefits that can be achieved by undertaking a diet low in carbs but high in protein. 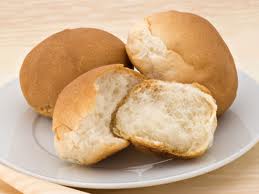 First, extensive research on laboratory mice has shown that a ketogenic diet may be the answer to kidney dialysis in the future. Mice predisposed to Type 1 and Type 2 diabetes were permitted to develop kidney failure, once this had been established the mice were then split into 2 groups, the first group were fed a low carb – high fat diet and the second a normal high carb diet. Within just 8 weeks all signs of kidney failure had been completely reversed in the first group of mice on the low carb diet whilst the second group saw no change.

Scientists now believe that this may be the solution for resetting the gene that causes kidney failure in diabetes patients and hopefully lead to an end to kidney dialysis, although testing in humans with later stage kidney failure is a long way off as more studies need to be completed on mice first. However for those in the early stages of kidney disease this is a very important finding.

The ketogenic diet has also been proved efficient in dealing with drug resistant epilepsy in children, with sufferers of acute epilepsy seeing their seizures drops from dozens a day to virtually zero within a few weeks of being on the diet.


Elsewhere in the news, a 2 year research project has found that banning certain foods does not lead to cravings as previous thought, but for the person to actually have much fewer cravings. 270 men and women were split into 2 groups; half were put onto a low fat/low protein diet and the other half onto a low carb/high protein diet. The findings after 2 years showed that the low carb/high protein dieters saw much bigger decreases in foods high in carbs than the low fat group.

Lowering your carb intake has found to be an effective and fast way to reduce liver fat a recent research program has proven. A sample of 18 participants with non-alcohol fatty liver disease took part in the study and half were assigned a low carb and the second a low calorie diet. The low carb dieters were only allowed 20g of carbs in their first week and were then assessed and giving specially prepared meals that had been worked out for their individual needs of proteins and carbohydrates, the second were kept on a calories restrictive diet of 1200 calories for women and 1500 calories a day for men.

As a side note, the research also showed that although the study was not about actually weight loss both the low calorie group and the low carb group both lost an average of 10lbs each in the two week trial.

Linda’s Diet Delights has an extensive range of low carb foods to choose from.